Who explains to us the period? The eyewitness introduces

Aron Liebeck, who was born in 1856 in Lötzen (today Giżycko) and died in 1935 in Berlin, was the youngest of seven children. He grew up in Guttstadt (today Dobre Miasto), took an apprenticeship to become a merchant, and then went as a 19 year-old in 1876 to Königsberg, where he accepted a position as a second accountant in the respected lingerie and fashion store of Hermann Lachmanski. He gained further skills in this branch of business quite quickly and became self-employed in 1890.

At first he had a men’s store, later on an automated restaurant in Königsberg. In 1905 he had a house built on Goethe Street 8, which is today’s ul. Pushkina. He proved himself over many decades to be a successful businessman, but at the same time he had a lively interest in music, theatre, and literature. In old age he wrote his memoirs at the request to his children, and in them he recounts so much about the Jewish world in Königsberg. A portion of what he wrote shall provide some commentary for the exhibit.

Voter registry of the Jewish community of Königsberg 1885 (clipping)

Section of Aron Liebecks manuscript “My Life” “For my wife and my children” “On May 28, 1919 my oldest children sent me this beautifully bound book as a gift, for the purpose of entering the most important data from my life that had passed until then, ……” 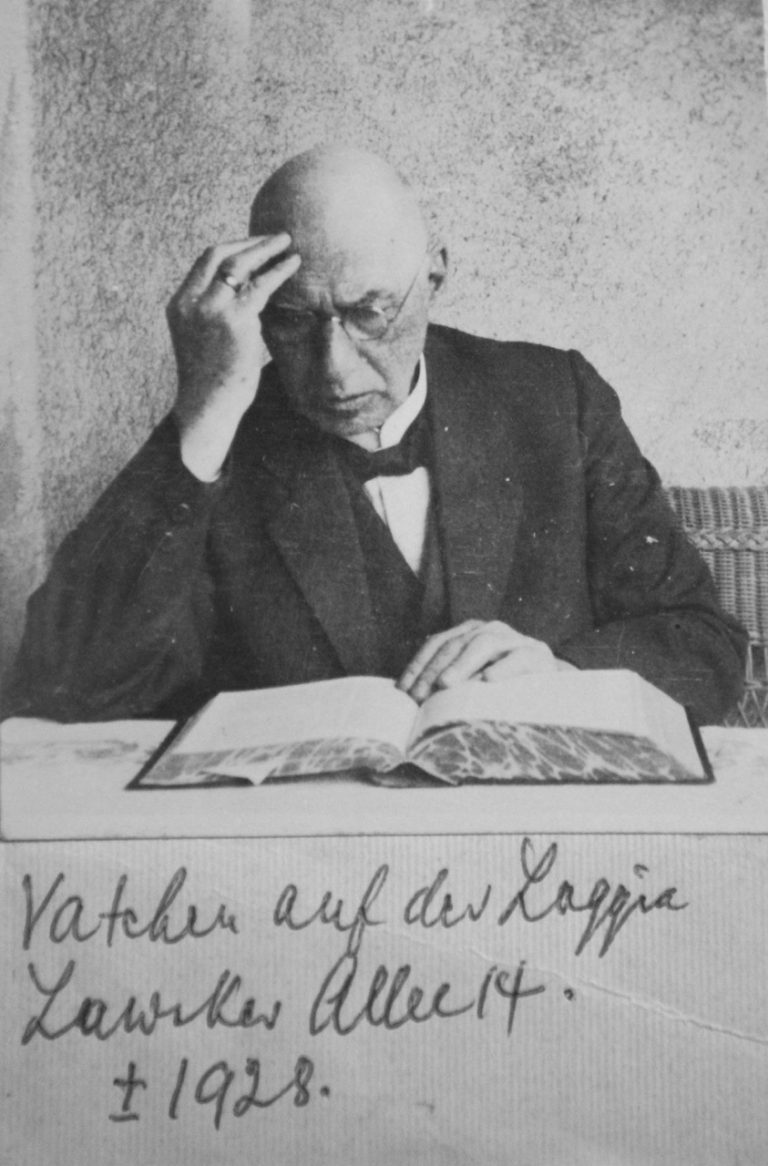