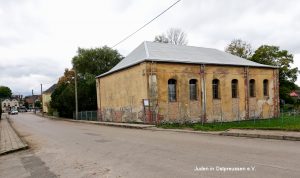 For a long time the fate of the abandoned synagogue building in the middle of the town was uncertain, but in 2014 the building was declared a historical monument and we were glad to see the building secured against further decay during a visit in October 2020. 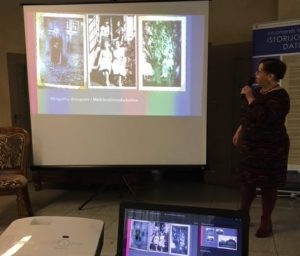 Silute/Heidekrug 16 Oct. 2020: At a seminar in Silute, Ruth Leiserowitz presents pictures from the photo album of Rita Lax. The audience could contribute many 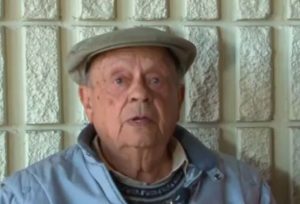