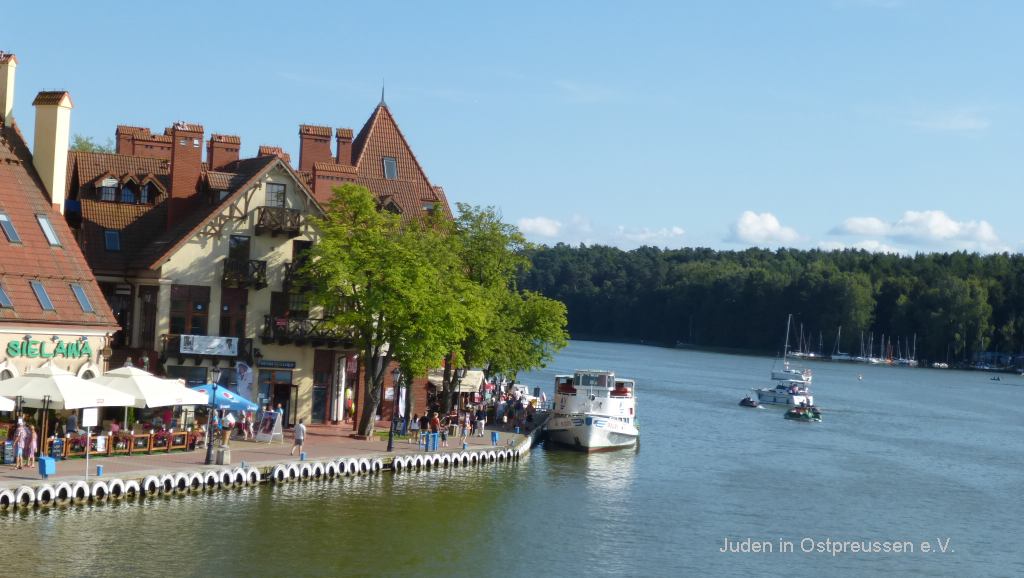 The Jewish cemetery in Mikołajki (German, Nikolaiken) is located about 1.1 km southeast of the village centre, on the western side of Dybowska Street. The cemetery occupies a geodetic plot no. 281002 4.0001.465, in the shape similar to a rhombus, with an area of 583 square meters. 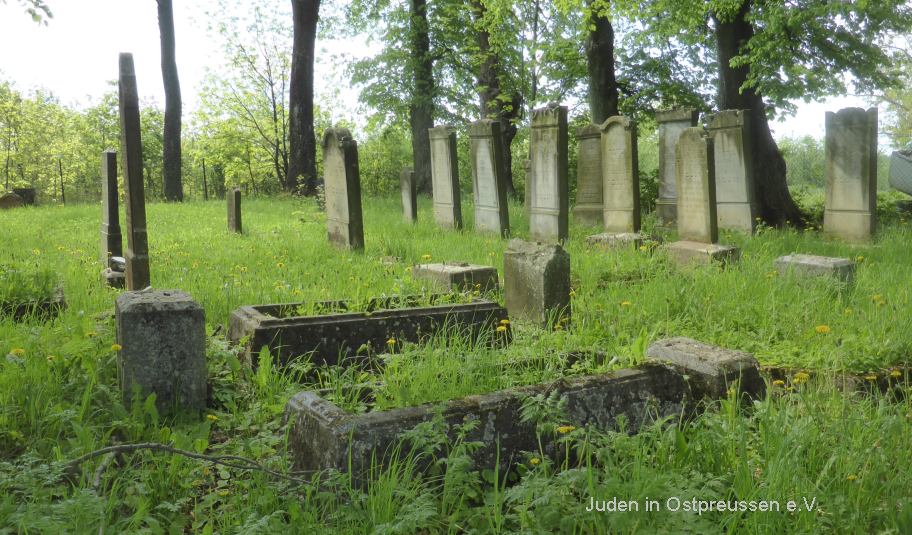 In 2016, 27 matzevot in various states of preservation and 20 graves without tombstones or legible epitaphs were identified within the cemetery. Some of the matzevot are displaced in relation to their proper burial place.

Extract from the list of tomb stone inscriptions in Mikołajki (Nikolaiken)

Click to watch the video recorded at this cemetery >> 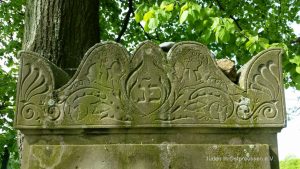 The oldest tombstone is the destruction of a matzeva, with the name Yitzhak and the date of death 12 […] 5608. (1847/1848 according to the Gregorian calendar). The youngest matzeva stands on the grave of Georg Schetzer (Jehuda, son of Yakov), who died on 30 December 1931.

Burials were carried out in a row arrangement, however, without frequent division into male and female quarters in Jewish cemeteries. The chronological order of burials can only be seen in the two extreme rows in the western part of the cemetery, where the graves of those who died between 1880 and 1894 are located. The oldest four matzevot from the years 1847/48, 1862 and 1868 stand in the central part, at a relatively small distance from each other, with the destruction of the gravestone from 1847/1848 most likely being displaced in relation to the grave. The three youngest tombstones from the years 1911, 1912, 1931 are scattered in different sectors of the cemetery.

Tombstones are usually steles in the form of vertically standing rectangles, ending in horseshoe-shaped arches, concave-convex with a dodge. Individual tombstones have the form of obelisks. Most of the tombstones are placed on plinths and pedestals, and the graves are framed. Sandstone and concrete (the latter mainly for the borders of the graves), and less often granite, were used as the material for the tombstones. 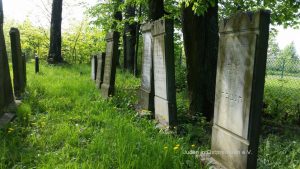 Inscriptions were made using the concave method. Mixed inscriptions, in Hebrew and German, are the most common, with the priority of Hebrew visible. The Hebrew version was often engraved on the obverse of the tombstone, while the German version was engraved on the reverse, or the Hebrew version on the top, and the German version on the bottom of the matzeva.

The ornamentation of matzevot is limited to the extraction of a field or inscription plate and the cutting off of the inscription plane from the bridgehead. Out of the rich set of symbols characteristic of Jewish sepulchral art, only in the culmination of one tombstone do hands appear in a gesture of blessing. Other tombstones were decorated with geometric and floral motifs.

The cemetery is surrounded by a fence made of metal mesh. No wicket, stolen several years ago. Along the borders of the cemetery there are several lime trees and ash trees, probably planted in the interwar period.

In 2006, thanks to the efforts of the inhabitants of Mikołajki, in cooperation with the Foundation for the Preservation of Jewish Heritage in Poland, the cemetery was cleaned up. It is looked after by members of the Pentecostal Church ‘Emaus’ in Mikołajki. 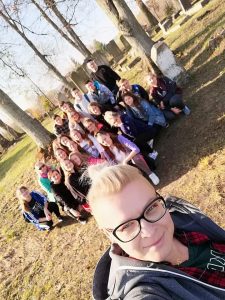 October 2019 students from the Masurian city of Mrągowo (Sensburg) had a practical learning unit here, combined with a help mission with the history teacher and local politician Magda Lewkowicz >>

The cemetery is mentioned in tourist publications as one of Mikołajki’s attractions.

The object is entered in the register of real estate monuments of the Warmińsko-Mazurskie Voivodeship (reg. no.: A-882 of 22.11.1991).